Tour the Old City of Jerusalem

When travelling to Israel, the tour at the old city of Jerusalem will leave an inerasable mark on your hearts.

Michael Kohn works as a journalist and was fortunate to travel around the world in over 60 countries. With his vast experience this is what he had to say about Jerusalem: ” If I had to recommend one place on the world that every tourist should visit – without a doubt it would be the Jerusalem Old City”.

A tour in the old city of Jerusalem will take you to the roots of human culture, to the place where it all began. You will literally walk in the footsteps of, Abraham, David, Jesus and other prophets. Indeed, the paved alleys of today are up to 500 years old, but the feeling is truly magical. In addition to that, in many places you find “windows” to ancient remains that were found in archeological excavations. A “window” like that can be seen in the ancient Roman Cardo that was dugout in the 70’s. the visitors can walk on the actual pavement of the Roman street. At the Cardo there are 2 more windows that enables us to see the remains of a city wall that is 2700 years old. This wall is from the time of king Hezekiah and its construction is mentioned in the bible (2 Books of Chronicles, 36).
Furthermore, in the Jewish quarter you can find the Herodian mansion, it’s size was more than 600 Sqm’ and the beautiful 2000 years old mosaic floors can still be seen in every corner.
The western wall, known also as the wailing wall can be seen, as you descend from the Jewish quarter residential area. A wall that emphasis the greatness of engineers in Jerusalem in the time of the second temple. Gigantic wall with breaks that weight over 5 tons each. One of the stones that can be seen at the Kotel tunnels has an estimated weight of 580 tons!!

At the Christian quarter you can walk in the footsteps of Jesus, following the 14 stations of the cross ending at the holiest church in the world- the church of the holy sepulture. This church is one of the most ancient churches in the world, 1700 years old and it holds the site of Jesus crucifixion, the tomb of Jesus and other important sites. Unbelievably it is run by 5 different churches who try very hard to maintain a status quo.

One of the highlight of the old city of Jerusalem is the dome of the rock on the temple mount. Unfortunately, visiting hours are very limited for around 3 hours in the morning and another hour midday. The visit currently (2019) is only at the courtyard around the mosques, non-Muslims cannot enter the actual buildings on the mountain.

It is highly recommended to somehow combine a day tour with an evening tour in Jerusalem. At night Jerusalem is lighted up and it’s an incredible scenery. 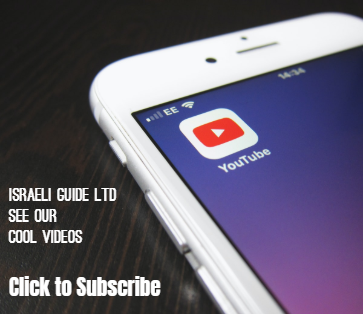