On this page you have a very unique way to travel Israel- by Helicopter. It allows you to get to all destinations in Israel in maximum 2 hours.
It is very recommended tour to people who have no more then few hours or few days traveling Israel.
The Helicopter also gives you an opportunity to see some of Israel’s most popular sites from a different view- bird view.
A helicopter can carry up to 6 people + guide and can land almost anywhere

Israel is only 22,000 square km (8500 square mile), and the length of the country from the most northern point to the most southern point is only 550 km (340 mile).
Due to the fact that Israel is such a small country, travelers can explore the main parts of the country using a helicopter in only one day!!
With a helicopter you can take off from Tel Aviv or Herzelia and be at Massada in only 45 minutes, at the sea of Galilee in only 50 minutes flight.
Using a helicopter to travel Israel, not only save you a lot of time in the awful traffic in Israel, but also enables you to get a unique perspective over the size of the country. With a helicopter flying to Massada, located at the Judean desert you will also fly over Jerusalem. the sight of Jerusalem from above is unreal!! Seeing mount of olives, the dome of the rock and the old city from above is breath taking.

When flying over Jerusalem you can easily look to one side of the helicopter, while it stands in the air and sea the Moab mountains in Jordan, you look to the other side and you see the Mediterranean Sea on the other side of the country.

After you think that you saw it all, you will get to another incredible moment, flying over the Syrian African rift – another breath taking landscape, where suddenly the earth falls under you and the amazing dead sea can be seen.

Helicopter flight in Israel is a unique and ones in a life time experience that I would recommend to anyone. It is not scary; it is not bumpy and does not make you sick. The sensation of been able to fly low and maneuver over the terrine is unbelievable! Not only that, but the helicopter can land in the middle of nowhere for a coffee or tea break, overlooking the dead sea, the Jordan river or the desert. You can land to rest and float at the dead sea or to ride a camel in the desert, you can land in of the hotels in the galilee for lunch or you can land in Capernaum and visit the town of Jesus.

Helicopter tours in Israel give you so many travelling options and creates a truly unforgettable trip.

Pictures from the flight 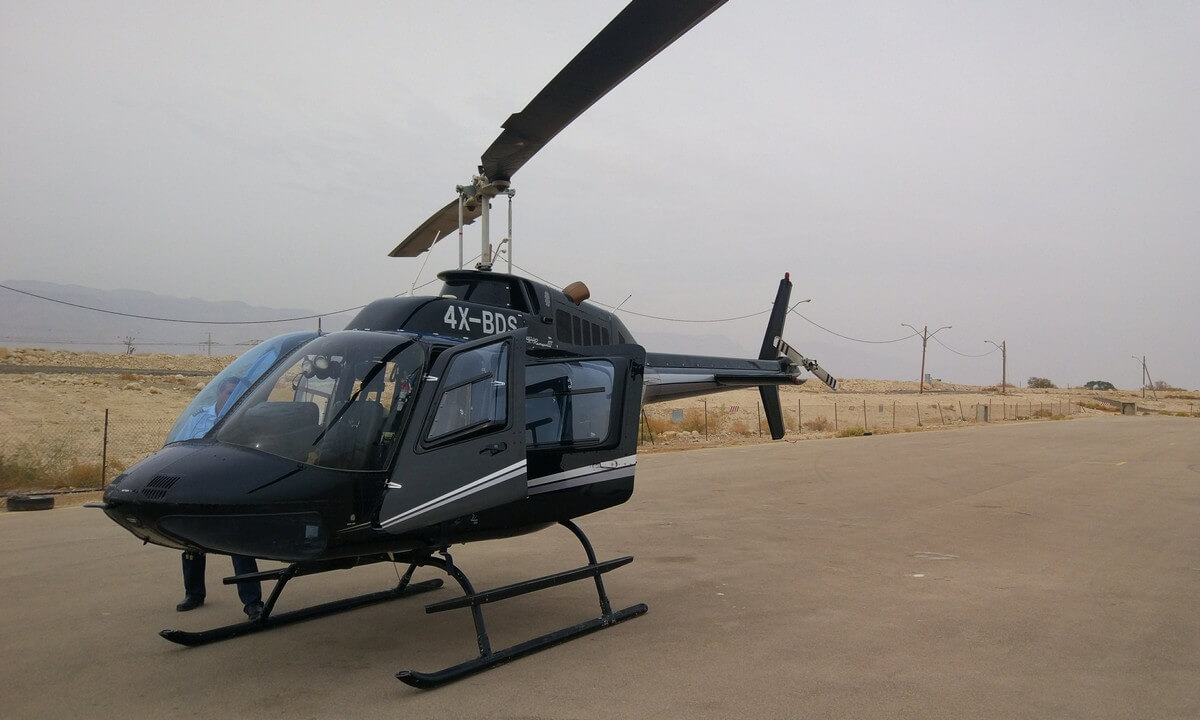 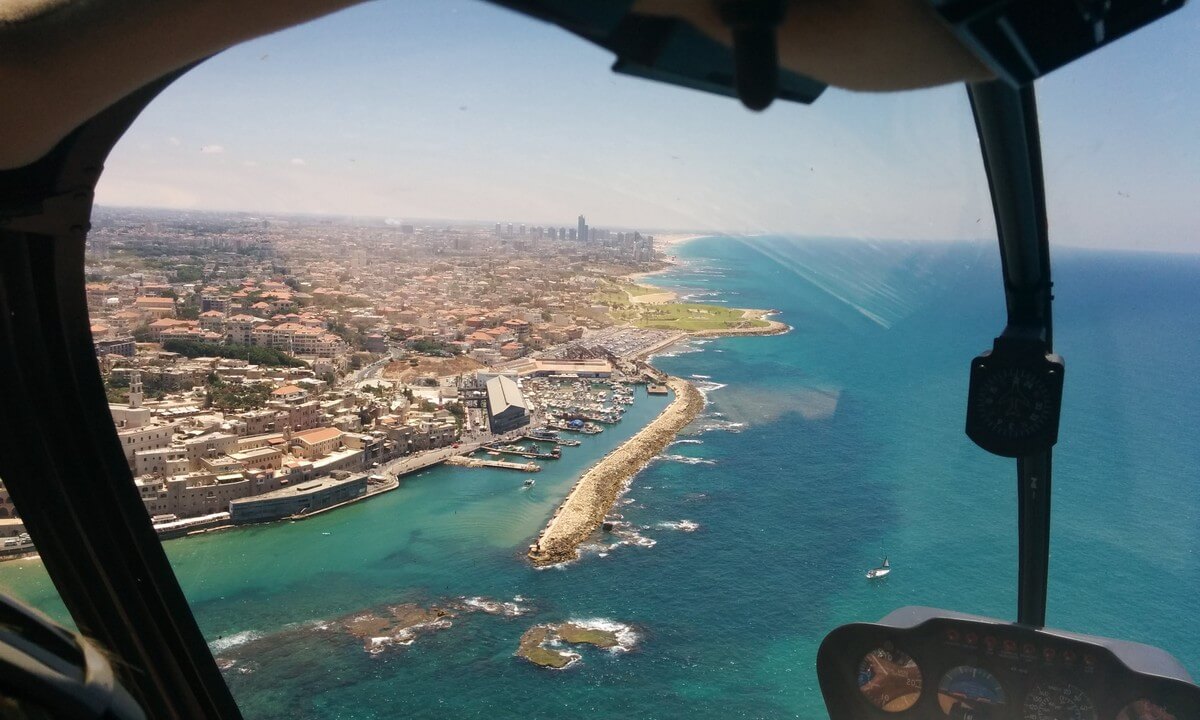 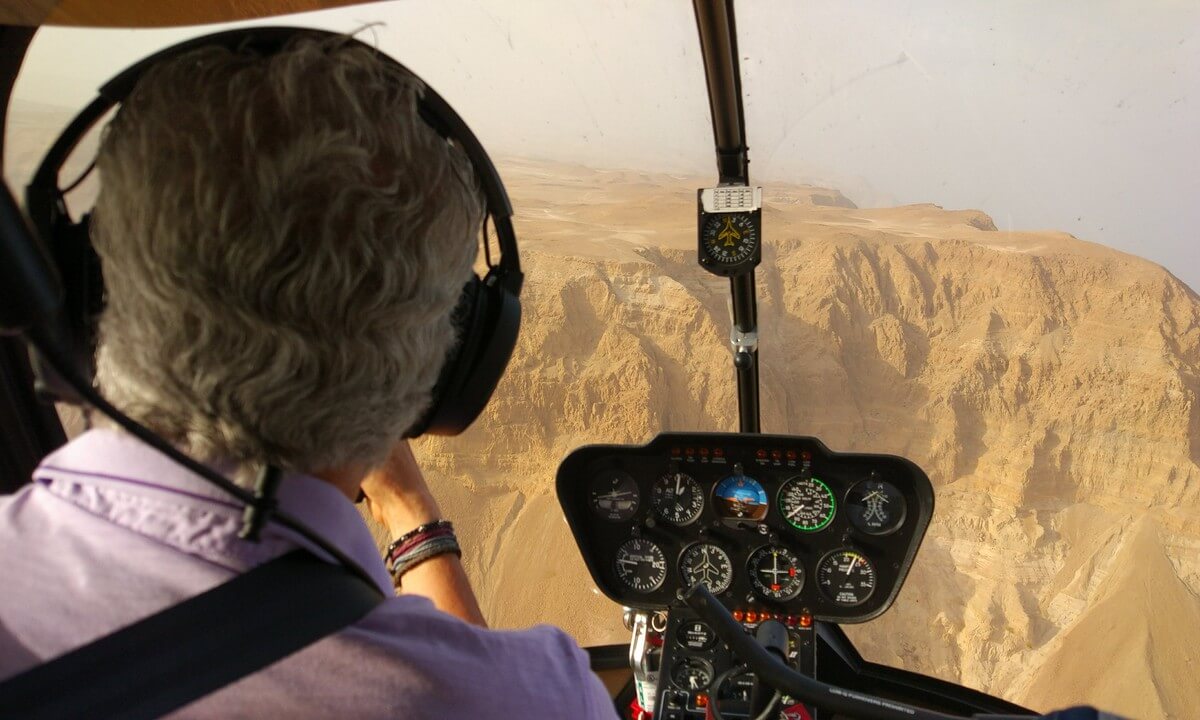